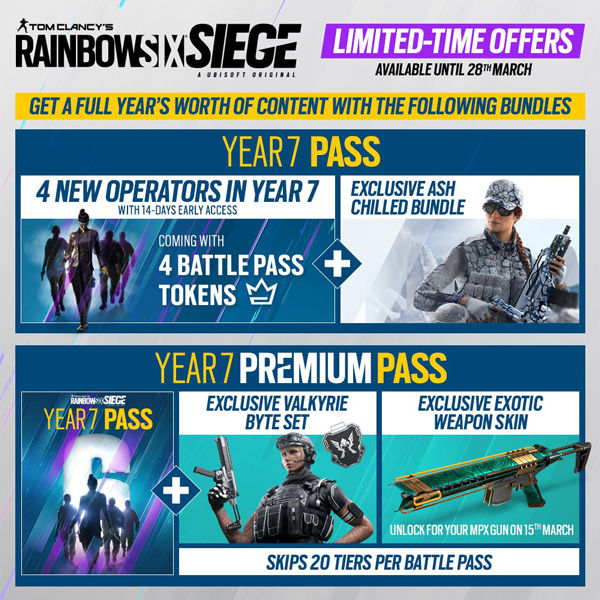 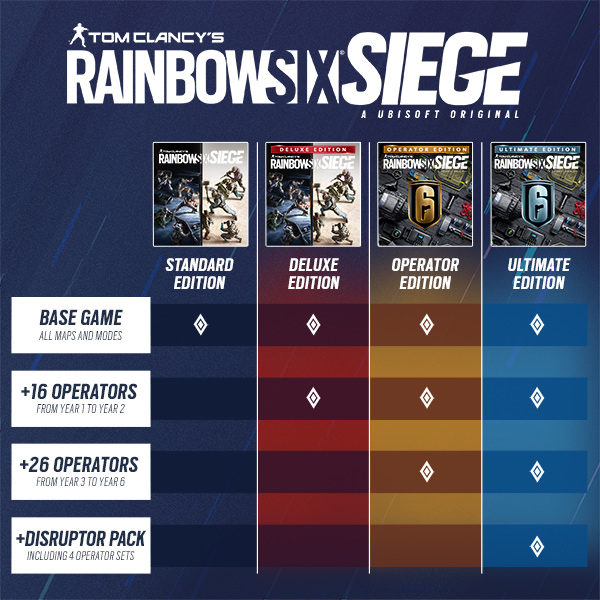 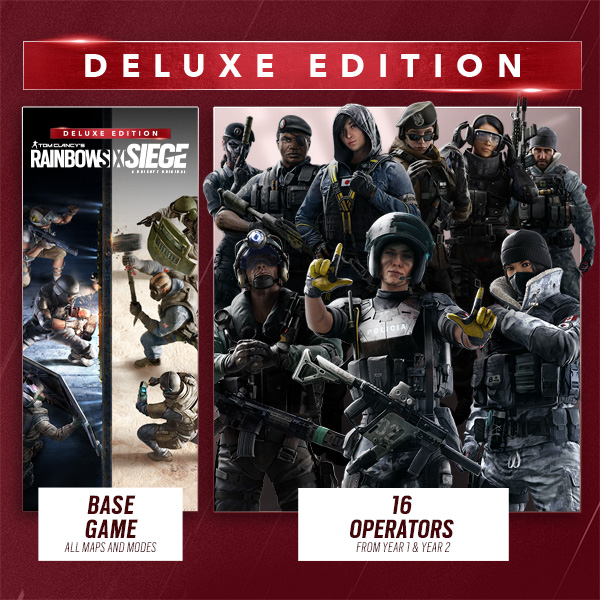 Upgrade to the Tom Clancy's Rainbow Six® Siege Deluxe Edition! Includes the full game, and 16 Operators from Year 1 and Year 2. 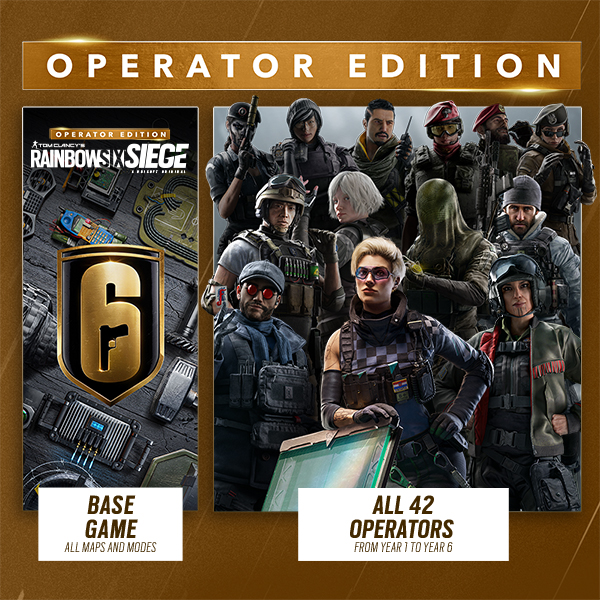 Experience the tactical expertise and endless gameplay possibilities in Rainbow Six Siege with the Operator Edition, which includes the full game, all maps, all modes, and 38 unique Operators from Years 1 through 5 of Siege. 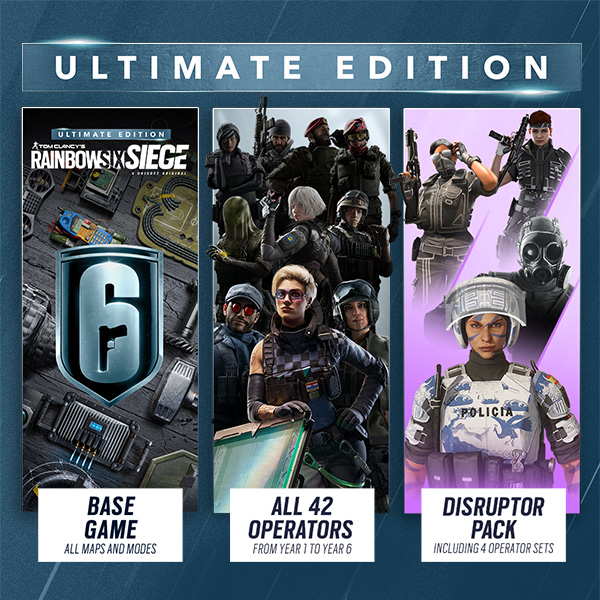 Feel the true Rainbow Six Siege experience with the Ultimate Edition, which includes the full game, all maps and modes, a roster of 38 unique Operators from Years 1 through 5 of Siege, and seasonal access to the exclusive Disruptor Cosmetic Pack.

This is the Technical Test Server client for Tom Clancy's Rainbow Six Siege. This platform will be used to test new features in a controlled environment that allows the development team to iterate without impacting the live game.

o Please note :
- The T.T.S. client is built off of several different builds at various stages of development, and may not represent the overall quality of the game.
- Features seen on the T.T.S. might never make it in the final game: various components are still in conceptual stages and might be discarded throughout the development process. Certain ideas that were postponed or cancelled might also be found in the T.T.S. as a result.
- You need to own a version of the game (Standard, Gold, Complete or Starter Edition) to unlock this product
- The TTS will only function during specific timeframes.

Engage in a brand-new style of assault using an unrivaled level of destruction and gadgetry.
On defense, coordinate with your team to transform your environments into strongholds. Trap, fortify and create defensive systems to prevent being breached by the enemy.
On attack, lead your team through narrow corridors, barricaded doorways and reinforced walls. Combine tactical maps, observation drones, rappelling and more to plan, attack and defuse every situation.

Choose from dozens of highly trained, Special Forces operators from around the world. Deploy the latest technology to track enemy movement. Shatter walls to open new lines of fire. Breach ceilings and floors to create new access points. Employ every weapon and gadget from your deadly arsenal to locate, manipulate and destroy your enemies and the environment around them.

Experience new strategies and tactics as Rainbow Six Siege evolves over time. Change the rules of Siege with every update that includes new operators, weapons, gadgets and maps. Evolve alongside the ever-changing landscape with your friends and become the most experienced and dangerous operators out there.

Compete against others from around the world in ranked match play. Grab your best squad and join the competitive community in weekly tournaments or watch the best professional teams battle it out in the Rainbow Six Siege Pro League.